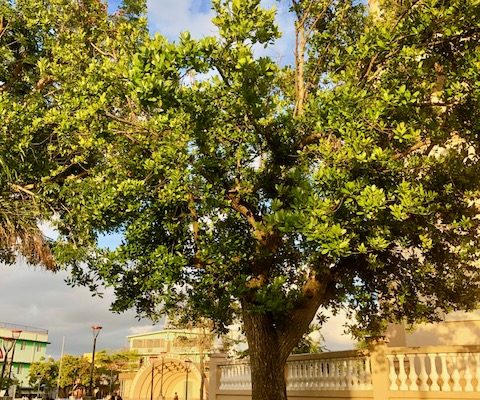 On the starship Voyager, the day after a particularly troubled emergency transport involving the doctor’s mobile emitter, an almost unrecognizable if still frightening Borg contraption[1] installed itself in the science lab of the ship and erected a force-field shield around itself.[2] When discovering the developing apparatus human-Borg Seven of Nine (played by Jeri Ryan) approaches it, leading Vulcan Tuvok (played by Tim Russ) to ask in his usually skeptic yet to-the-point fashion: “What are you doing?” Seven continues approaching the force-field shield while responding: “It will recognize me as Borg.” As if understanding her words, the shield lets her go through it. No one else on the ship could have done that, let alone as effortlessly as she did. It did recognize her as Borg, even though this turned out to be a technology from centuries into the future, and even though at this point, most of Seven’s Borg implants and cybernetic technologies have been taken off from her body (in fact, most were taken without her consent). The few implants that remain in and on her, including nanoprobes—microscopic technologies that run through her blood—cannot be removed, as they are integrated into her neurological system and taking them off would mean killing her. The implants are, at this point, an integral part of her physiology and her bodily constitution, and although most are not visible, some of them definitely are, almost painfully so: one covering her left hand, another sitting over her left eye, and yet another placed on her right cheek close to her ear. These visible, irremovable implants serve as constant reminders to her and everyone who looks at her that Seven is not “just” human.

Assimilated by the Borg as a child, Seven definitely knows how to “be” Borg and often even makes references to the lure of efficiency and perfection that the Borg collective poses for her, even as she understands that she does not belong in the collective anymore. Her character does use her “Borgness” quite often throughout the series (sometimes reluctantly, but always successfully).

I have watched this episode of Voyager (titled “Drone”) with the developing contraption in the science lab multiple times throughout the years since it first aired in the Fall of 1998. However, it wasn’t until very recently that the scene described above triggered something in me. When she delivered the “it will recognize me as Borg” line, I noticed for the first time the conviction with which she said that line, and it touched me. Seven was unhesitant as she went through the shield with the self-assuredness of someone who knows that she may not belong in the Borg collective anymore, but she will forever “be” Borg. Throughout the rest of the series, Seven comes to terms with her new life as a human-aspiring not-completely-former Borg, and continues in her journey. It is worth noting that in Seven’s world Borgness and humanity are mutually exclusive, although, ironically, she embodies both.

It Will Recognize Me

It was the first time I was going to Puerto Rico in a few years, and the first time I was going and staying in San Juan without visiting my hometown. Much like the Borg contraption for Seven, Puerto Rico, including San Juan, had changed for me, though I could definitely still recognize it. But the question at the time was, can the “contraption” recognize me? I could make all sorts of parallels between Seven’s Borg-human challenges on Voyager (a ship lost in space), and the challenges I have faced as a Puerto Rican who is an American citizen living in the US (a country lost on Earth). Of course, different from Seven my Puerto Ricanness has not been forcibly removed from me, although I have shed some “implants” for sure. Not purposefully. Never purposefully. It just happens. But as with Seven, a few very visible “implants” will always remain (my accent, my phenotype, my mannerisms, etc.) along with the less visible Puerto Ricanness that runs through my veins like nanoprobes. And as with Seven, taking these remaining implants off would mean my ceasing to exist.

So there we were my wife and I, in a taxi, on our way from the airport to a Hotel in Old San Juan where I was scheduled to deliver a talk at a conference, when the driver asks me, in a heavily accented English, where was I from. I hesitated for an imperceptible second before offering “Washington.” “Huh,” he responded, while examining my face through the rearview mirror, “D.C. or the State?,” he pressed. “The state,” I answered. I was dreading what I thought would be the next question: “Is this your first time in Puerto Rico?” But, instead, he used the most generous wording he could have under these circumstances, which gave me a way out: “Is this your first time in San Juan?” “No, I’ve been here many times,” was my response. He looked at me through the mirror again, and I knew he, on behalf of the contraption, “recognized” me. Not “me” woman from Cabo Rojo named Carmen, but “me” with what they call the “plantain” stain (the “je ne sais pas” mark that lets everyone, especially other Puerto Ricans, know that I am nothing if not Puerto Rican), me who I’m sure he knew was not from Washington. I was grateful that he did not press the issue and just “let me go.” An act of kindness that I appreciated, for visiting the island at that point was immensely painful for me. I just wanted to present my paper and leave without having to give any explanations or answer questions about why I was not visiting my hometown or my relatives.

In Voyager, the Borg contraption turned out to be a maturation chamber protecting a Borg fetus—something out of the ordinary, for the Borg assimilated species, never procreated. Within a day, the fetus turned into a fully matured, adult Borg from centuries into the future. After learning about life in Voyager, getting close to Seven and other members of the crew, and adopting the name “One,” the drone ends up sacrificing himself to save Voyager and its crew from assimilation by the Borg. Seven was devastated.

In San Juan, my wife and I attended the conference we were there to attend, but we also walked around Old San Juan getting re-acquainted with the streets, the landmarks, the monuments, and the literal hole in the wall restaurants. The place felt different to me but I recognized the noises, the smells, the sights. And something told me that it recognized me too. The streets didn’t seem to recoil when I walked, resolutely stepping on them like I always have. The people didn’t look at me like I didn’t belong. They just didn’t look at me in any way. I have come to believe that being ignored or looked past by those around you is the best form of recognition: it means you are not out of place. When I left, I said goodbye to the contraption, not knowing when I would be back.

Within a few years of my last visit, Puerto Rico’s economy would collapse and the island would declare bankruptcy. Even in the distance, I recognized the economic debacle described to me by the press, as for 23 years I grew up and lived through the path that led to it. The island was still struggling with an unsurmountable and unpayable debt in the fall of 2017, when it was levelled by a Category 4 hurricane. As I looked at pictures of the devastation, every uprooted tree was a reminder of my own self-uprooting. Every street flooded with water and debris a reminder of my own heart flooded with grief and distance, also forms of debris. Every hashtag by those in exile a reminder of how painful it all was (and still is). Brought to its knees by the combination of man-made and natural disasters, Puerto Rico is experiencing its own, isolated version of dying. At some point I realized that the contraption was almost gone, and like Seven, I was devastated.

Perhaps the contraption was stuck centuries in the past, or perhaps, like One, it was ahead of its time, and just couldn’t survive the threats of this regressive world. Regardless, and to paraphrase Heraclitus in the opening epigraph, no woman ever steps on the same island twice, for it is not the same island, and she is not the same woman. It took me five years since my trip to San Juan to set foot in Puerto Rico again. It was 3 months after the hurricane hit the island and my visit was excruciatingly painful. Fate played a horrific card forcing my hand and taking me to this island, a contraption so fundamentally different from the one that hosted my birth and watched me grow up. The thing is, even after the time that had passed, after its utter economic devastation, after the most impactful ecological catastrophe to date, and after a personal tragedy, I recognized it. I recognized the contraption it had become. It wasn’t home anymore, but it was still comfortable, and it felt familiar. As Seven with the collective, I may not belong in it anymore, but I will forever be part of that island because I am part of what it was, and because of that, I am part of what it may become. So when the future takes me there again (too soon, I fear), I know it will still be immensely painful, but I hope I’m able to effortlessly step foot in it with the same self-assurance and determination I did before, that of Seven stepping through the force field shield. And although I hope that the contraption recognizes me when I do, it really doesn’t matter, anymore, because I learned the hard way that, as cliché as it may sound, I will always recognize it for the both of us. Always.

[1] I am using the term contraption here in this instance and throughout the essay to refer to an unrecognizable mechanism or device. One that is complicated and not accessible to everyone.

[2] In the Star Trek universe, the Borg are a terrifying half biological half cybernetic species, capable of turning any biological humanoid entity into one of them by a process they call assimilation.