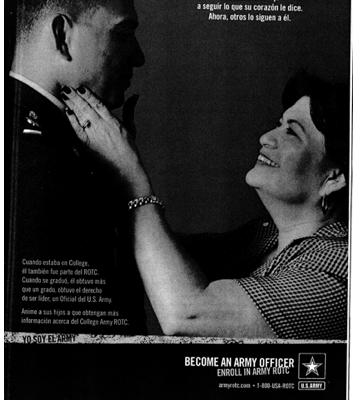 In April of 1918 anxious military bureaucrats were summoned by the Assistant Secretary of War to discuss the looming domestic threat to national security: mothers. In her description of the meeting, Susan Zeiger writes that officials largely blamed “maternal subversion” for the public’s lackluster support for the war that the U.S. had entered only one year earlier.[1] War planners also believed that enlisted men’s lack of morale corresponded to their mother’s opposition to war, one that was based on love for their sons. President Woodrow Wilson must have anticipated the security risks that mothers’ love posed to national defense when he designated the second Sunday in May as Mother’s Day as a gesture meant to publicly express “our love and reverence for the mothers of our country” and to minimize their mistrust of the warring state.[2] Some readers may be surprised to learn of the military’s preoccupation with mothers, however, in my recently published book Bodies at War: Genealogies of Militarism in Chicana Literature and Culture (University of Arizona Press, 2017), I make the case that the military remains intensely focused on mothers, particularly Latina mothers. Through my analysis of recruitment advertising, I show how the military targets Latinx youth – the nation’s largest ethnic group of enlistment age (18 to 24 years).[3] This recruitment effort depends upon the surveillance of Latina mothers’ fertility rates, education levels, social networks, language preferences, citizenship status, and political ideologies because, as the primary influencers in their children’s lives (according to the military’s own surveys), Latina mothers’ opinions about warfare, nationalism, citizenship, and gender can greatly impact a child’s military propensity. In many ways, the military’s future strength and thus the nation’s ability to wage war rests on Latina mothers.

Given the unstable president in charge of the world’s largest nuclear arsenal, the reawakening of Cold War tensions, and the increasing militarization of the US-Mexico border, Mother’s Day is an appropriate time to examine how militarism pervades our daily lives and what we can do to stop it. Although many groups helped promote it, most scholars credit Ann Reeves Jarvis with the idea for a national day to honor mothers. In 1868, she organized “Mother’s Friendship Day” to ease lingering post-Civil War hostilities between former Union and Confederate soldiers.[4] Inspired by Jarvis’s work and dismayed at the devastating aftermath of the Civil War, Julia Ward Howe wrote the “Mother’s Day Proclamation” (1870) which urged mothers to take responsibility for ending war. While Howe naively assumes that all mothers oppose war, she provocatively calls for women to transcend national divisions and advocate for peace by protecting the sons of other mothers: “We, women of one country, will be too tender of those of another country, to allow our sons to be trained to injure theirs.” Howe’s visionary manifesto contributed to the growing peace movement that gained influence in the pre-WWI years (1914-1917) as suffragists, Progressivists, and antiwar activists demanded U.S. neutrality and disarmament. Maternal pacifism – the notion that mothers are inherently pacifist because of their child bearing capacity – was a critical component of the antiwar culture that circulated in mainstream magazines, films, and songs.[5]

The Wilson administration feared that the peace movement would undermine efforts to implement the nation’s first military conscription drive recently approved through the Selective Service Act of 1917.[6] While the official observance of Mother’s Day was meant to assuage mothers’ reluctance to war, it also created a unifying national ritual that helped citizens transcend ethnic, class, and racial divisions. War planners knew that such rituals were critical to nationalism and thus to the formation of a patriotic citizenry. As a result, the military began promoting Mother’s Day in 1918 which, Nancy Cott argues, transformed it into a secularized ritual whose observance “became a sign of American loyalty to the state.”[7] Working collaboratively with the military, several film producers made roughly a dozen films that Zeiger calls “enlistment dramas.”[8] Films like Her Boy (1918) and If My Country Should Call (1916) featured “bad mothers” who used “[their] excessive power and influence to keep [their] son[s] out of the army.”[9] Zeiger argues that these films portray pacifist motherly love as hysterical, domineering, and even unnatural. The films, along with other efforts, helped discredit the already dwindling influence of the peace movement.

The counterpart to the “bad mother” was the sacrificing mother, a figure worthy of respect and emulation. Mothers whose sons died in warfare were especially hailed as heroines because their loss was interpreted as a sacrifice for the nation’s safety and prosperity. By valorizing maternal sacrifice, the state used women’s grief to justify its war policies. In Bodies at War, I examine how Chicanas have used literature and activism to contest the militarization of Chicana mourning. Latinx literature, in general, offers examples of how different communities de-militarize loss. For example, Tomás Rivera’s …y no se lo tragó la tierra (1971), a narrative about Mexican American migrant farmworkers, includes a description of a mother who prays to la Virgen de Guadalupe for the safe return of her son from the Korean War. As her prayers move from quiet supplication to intense anger, we see a mother’s desperation in the face of impending loss. In Pedro Pietri’s poem “Para la madre de Angel Luna” (1973), the narrator addresses a mother whose son wanted to go A.W.O.L. (Absent Without Leave, the official term for leaving one’s assignment without permission), yet reports for duty “porque no queria/ hacer a su madre sufrir.”[10] The mother’s patriotic loyalty ultimately leads to the loss of her son’s life. In Judith Ortiz Cofer’s short story “Nada” (1993), a Puerto Rican mother, Doña Ernestina, learns that her only son has died in the US War in Viet Nam. An Army officer offers her a military funeral, medal, and flag for her son, but she rejects them saying: “Tell the Mr. President of the United States what I say: No gracias.”[11] She gives all her possessions away before taking her own life.  Melinda Lopez’s play Sonia Flew (2009), features Sonia, a Cuban American mother who rebukes her son Zak for secretly enlisting in the military days after the attacks on September 11th.  While he describes his desire to protect his family from terrorism, Sonia responds: “You don’t need to make the world safe for me.”[12] In Virginia Grise’s blu (2011), Hailstorm advises the son of her lesbian partner to avoid military recruiters who are similar to Chicano street gangs in their predation of young urban, marginalized men of color. Seeking to escape the violence of the streets, he enlists anyway and dies in Iraq. Finally, Gloria Anzaldúa’s threnodic poem “En el nombre de todas las madres que han perdido sus hijos en la guerra” (1987) depicts the raw emotion of a mother who witnesses her toddler die in the crossfire of a battle. Written as a prayer to Madre dios, the mother describes how the bullets have ripped apart his flesh and how she tries to nurse him back to life: “Saco la chiche,/ se la arrimo a su boquita quebrada./ El nunca ha de beber.”[13] Directing her rage at the culprits of violence, she cries: “Madre dios, quiero matar/ a todo hombre que hace guerra,/ que quebra, que acaba con la vida.”[14] Anzaldúa reveals the power of an unmitigated maternal grief that cannot be harnessed by the state. It is this power that worries war makers; it is the fear and the acknowledgment that a mother’s grief can dissuade enough of the general public from supporting war.

As a fairly new mother of two girls (ages 3 and 5 months), I now know what it means to fear and to love. The thought of losing my children frightens me and has deepened my sympathy for mothers who have lost children to war, police violence, or in any other way. It has also strengthened my opposition to war and state violence. Although I am not raising sons, I know my daughters are not safe from recruitment efforts or future conscription. In a 2017 report on the military registration system, the Pentagon recommended that women be required to register for Selective Service, a move that would increase the military’s “manpower” by an estimated 11 million people.[15]

While the maternal pacifism of the 19th and 20th centuries ascribed to the belief that women were inherently peaceful and therefore should play a larger role in politics, the social and political landscape of the 21st century require us to move beyond essentialisms even when they can be used in the service of peace. Rather than reify ostensible biological predispositions, a Latinx pacifist imaginary calls on all individuals to oppose the violence of patriarchal militarism.  It also embraces a more expansive notion of Latinx motherwork that does not privilege static notions of heteronormative nuclear families or biological reproduction but instead recognizes how motherhood is defined by gender, race, sexuality, able-bodiedness, class, and citizenship status. We can challenge the militarization and commercialization of Mother’s Day by celebrating its pacifist origins and supporting feminist antiwar activism. Perhaps the most important lesson we can learn from the brief history of this ritual is that the biggest threat to war is love. This Mother’s Day, I encourage all mothers who value peace to be “bad mothers” by loving their child/ren to excess.

[3] According to a 2016 Pew report, 32.5 million or nearly six-in-ten Hispanics are 33 years old or younger. Patten, Eileen. “The Nation’s Latino Population Is Defined by Its Youth.” Washington D.C.: Pew Research Center. April 2016.