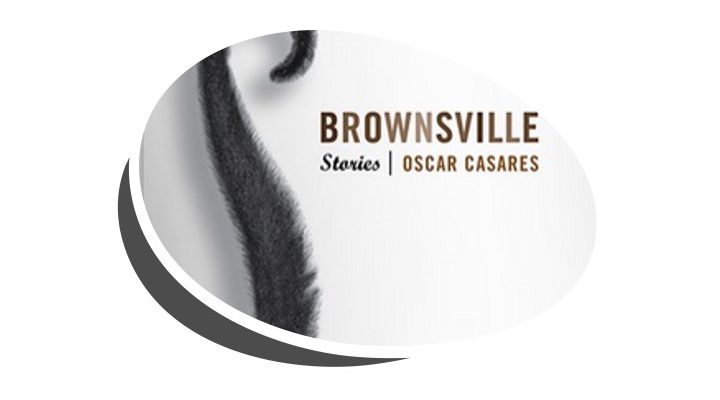 I began teaching Chicana/o literature in the mid-1990s as a graduate student at the University of Texas at Austin. I was in love with it then, and the relationship has only deepened. For twenty plus years now, I have taught Chicanx and Latinx literature courses at the university level. I offer this context only to say that in such a long and deep relationship, it’s hard to single out a favorite text or author. I have too many. But today, I want to talk about hammers and home in Oscar Casares’s story “RG” from his collection Brownsville (2003). In a seemingly simple story, driven by nothing more complex than the lending/borrowing of a hammer between two neighbors in South Texas (Brownsville to be precise), Casares delves into the complex codes of masculinity, race, neighborliness, and manners. I especially appreciate that the story tackles thorny matters without becoming didactic, strident, or moralizing. Instead, it offers us a complicated protagonist wrestling with ethical matters key to who he understands himself and his neighbors to be.

I perhaps first connected to “RG” because of my dad. I’d idolized him since I was a young boy. He was a union electrician who regularly worked outside and came home smelling of all the earthly scents I cherished as a boy. It seemed to me that when he wasn’t home, he was outside playing. I wanted to have his muscled body and his talent with tools. I became a professor instead. Nevertheless, he taught me lessons that I carry with me to this day, just like I’ve carried his hammer with me for years. When he died in 2000, I chose his claw hammer with the deep brown wooden handle to remember him. In exchange I left my favorite fountain pen in his coffin.

Then one spring day in 2004, I lent that cherished hammer to my neighbor. A week later, she returned it, broken in two. It was, of course, an accident. Things break, and sometimes we can’t put them together again. She was heartbroken and offered to buy me a new one, but some things can’t be replaced.

The eponymous Chicano narrator of “RG” isn’t looking for a replacement hammer. He’s looking for the return of his hammer, the one he lent his white neighbor, Bannert, four years ago. And for all those years he has been quietly seething, as he watches Bannert use his hammer, but never return it. It is with this quiet animosity that RG opens his story: “I saw Bannert at the mall the other day. He was standing near the entrance eating a cone of pistachio ice cream. He pretended he didn’t see me, and I returned the favor” (25).

What drives this story and escalates the tension throughout is the code of ethics RG adheres to and which he thinks his non-Spanish-speaking, white neighbor is oblivious to. RG believes that Bannert’s race and class privilege allow him to take manly and neighborly codes for granted. In a story that’s told in first-person such ethical dilemmas are impossible to fully sort out. The only way we can know Bannert’s actual beliefs and values is through dialogue. The first-person narration doesn’t allow us into Bannert’s head. It keeps us restricted and sympathetic to RG’s perspective. Thus, the story becomes an even more enticing ethical puzzle.

RG believes he knows the truth of the hammer situation because he tracks it in his notebook, a journal he began keeping because he had a problem with his work supervisor. He wanted a record in case the man said anything against him. He therefore knows that on October 3, 1976, he lent Bannert the hammer. Things deteriorate further when, on July 4, 1980, RG sees Bannert use the hammer to post a “Vote Reagan” sign in his yard. One of the most compelling aspects of the story are the dramatic shifts in RG’s self-awareness. On the one hand, he seems wonderfully self-aware, as when he tells us, “I understand that most people would’ve already done something about the hammer, but I’m not most people. I never felt it was my responsibility. Bannert’s a grown man. He knew what he was doing” (30). On the other hand, just a couple of paragraphs later, he tells us, “The problem was so much time had gone by that saying anything would make it look like I had been hiding my true feelings the past four years” (31), which, of course, as the story makes clear, he is hiding his true feelings.

Before we go further, it’s important to remember that for men like RG and my father, hammers, wrenches, screwdrivers, and saws are more than instruments for completing tasks. They are extensions of these men. Those tools are as much a part of my father’s identity (and RG’s) as the books that line my office are a part of mine. My dad’s initials burned into his hammer’s hardwood handle announce as much, and I want to believe that when I squeeze that handle in my palm that some of his being seeps into me. Twenty years after my dad’s death, holding that hammer is as important to me as looking at the photos I have of him and my mother. So I appreciate RG’s vexation that Bannert hasn’t returned his hammer: “Your hammer should be your hammer, your property. You never know when you’re going to need it” (33).

In sharp contrast to Bannert—a man who doesn’t work with his hands, who sells furniture, and dons a costume of a white t-shirt and perfectly ironed coveralls when he does yard work—other men return things on time. RG tells us, “George Fuentes used my weed whacker once or twice. I let Domingo, the man who cleans yards, borrow my machete when the handle on his broke loose. Torres needed a small wrench to fix a toilet. Nobody can say I’m pinche with my tools. But then all those things were returned to me within a day, two days at most” (29). Without invoking race or ethnicity, RG makes clear that men with names like his are careful with the things they borrow and return them promptly. He also importantly lets us know that he’s a trusting man who isn’t stingy with his things. Thus, he finds himself even more irritated with Bannert’s entitlement.

Casares brings the story to a beautifully complex conclusion, one that highlights how stereotypical masculinity obstructs emotionally honest communication. RG runs into Bannert at the hardware store buying lumber to prepare for the onslaught of Hurricane Allen. He knows the man is incapable of boarding up his house, but, rather than snub Bannert, RG offers his assistance. Then as the multitude of neighbors nail the boards in place to protect their homes and families, RG says, “I wanted to believe the hammers were somehow sending messages all over the neighborhood. Messages saying what we didn’t have the words to say ourselves” (36). Therein lies the crux—masculine stubbornness to speak and be vulnerable, the tendency to want the other person to realize the trouble rather than to speak it oneself. Moreover, in this same scene, we hear RG’s desire to believe that Bannert would help him if he ever were in a position to do so. Then Casares takes the emotional tension a step further—Bannert accidentally breaks the hammer RG has been using these past four years.

When Bannert reaches into his shoebox toolbox to offer RG a replacement hammer, RG sees that it’s the very hammer he had lent Bannert four years ago: “There it was after four years. It didn’t look any different from the day he had borrowed it. I held the hammer again and it felt like a missing finger had been reattached to my hand.” The hammer’s return brings a dramatic shift in RG’s perception: “So, yes, maybe he really had forgotten that it was my hammer” (38). He even confesses that he forgets things “now and then.” But what makes the ending so powerful is that RG can’t go the next step. He can’t initiate a discussion with Bannert about the last four years. He tell us he wants “to set things straight with him, explain the misunderstanding, and see if maybe there was some way to put this behind us” (38-39), but then, in the final lines, he excuses himself and Bannert from this much-needed emotionally available and vulnerable conversation because he only has a limited amount of time to get his own house boarded up.

“RG” is one of my favorite stories to teach because of the way it wrestles with complex codes of ethics, race, masculinity, and neighborliness. It shows how powerfully those codes are enmeshed and how they are tied to who we understand ourselves to be. That it does so through the seeming simplicity of the lending/borrowing of a hammer makes it all the more enchanting to me. An unreturned tool is, as RG suggests, a missing appendage, a part of oneself taken by another. No mere instrument for pounding nails, a hammer is as vital to RG as the blood in his veins, and to lend such a thing and not have it respected is figuratively as deadly as if Bannert had extracted RG’s blood. Finally, I love that the story asks us to consider how and when we are willing to be open to others. It’s all too easy to erect boundaries when what we need are bridges. I hope when I pick up my dad’s broken hammer that I remember that lesson, that I grip that handle to hold him and to hold myself open to others.