We are also saying goodbye to two amazing Editorial board members who finished up their terms in May 2020. Thank you so much to Adriana Estill (Carleton College) and Miguel Juárez (University of Texas at El Paso) for your service and commitment to Latinx Talk. 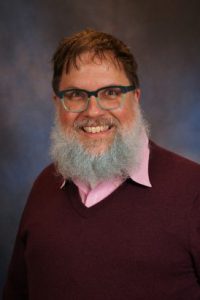 Lawrence La Fountain-Stokes is Professor of American Culture, Romance Languages and Literatures, and Women’s Studies at the University of Michigan, Ann Arbor, and the former director of the Latina/o Studies Program (2011-2016). He received his A.B. from Harvard (1991) and M.A. and Ph.D. from Columbia (1999). He is author of Queer Ricans: Cultures and Sexualities in the Diaspora (2009), Uñas pintadas de azul/Blue Fingernails (2009), Abolición del pato (2013), and A Brief and Transformative Account of Queer History (2016) and most recently, Escenas transcaribeñas: ensayos sobre teatro, performance y cultura (2018). He has performed as Lola von Miramar since 2010.

Ester E. Hernández earned her Ph.D. in Social Science at UC Irvine and joined CSULA’s Department of Chicana/o and Latina/o Studies in 2002. She has published on Salvadoran migration and remittances in social science journals such as the Journal of American Ethnic History and Economy & Society.  She received a CSULA Rockefeller Humanities Fellowship in 2003-2004 on the theme of “Families and Belonging in the Multi-ethnic Metropolis.”  Born in El Salvador, she is on the board of directors of the Coalition for Humane Immigrant Rights of Los Angeles (CHIRLA) and is the co-editor of the anthology U.S. Central Americans:  Reconstructing Memories, Struggles and Communities of Resistance (University of Arizona Press) about 1.5 and second generation Centroamericanas/os and U.S. Central Americans.  Her current research is linked to immigrant rights, economic development and cultures of memory. 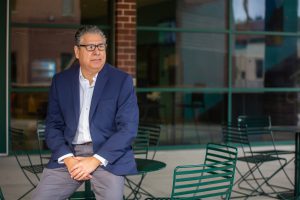 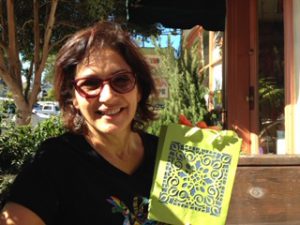 Lara Medina is a professor in the Department of Chicana and Chicano Studies at California State University, Northridge where she teaches courses in Chicanx history and Chicanx spirituality and religious diversity. She earned her doctorate from Claremont Graduate University in American History and a MA in Theology from the Graduate Theological Union in Berkeley, California. Her recent co-edited book with Martha R. Gonzales is titled Voices from the Ancestors: Xicanx and Latinx Spiritual Reflections and Healing Practices (Arizona University Press, 2019). Her first book, Las Hermanas: Chicana and Latina Religious Political Activism (Temple University Press, 2004) won a Choice Book Award. Other chapter publications focus on Chicana feminist spirituality and the Chicanx expression of Días de los muertos. She is first generation college educated and raised in the San Francisco Bay Area, and now resides in Los Angeles County. 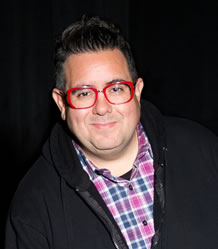 Ramón Rivera-Servera received his Ph.D. in Theater from the University of Texas at Austin. He is the Chair of the Department of Performance Studies at Northwestern University. His research focuses on 20th and 21st Century performance in North America and the Caribbean with special emphasis on the ways categories of race, ethnicity, gender, and sexuality are negotiated across national borders through migratory circuits of circulation and exchange. His work documents a wide array of performance practices ranging from theatre and concert dance to social dance, popular music, fashion, and speech. He is author of Performing Queer Latinidad: Dance, Sexuality, Politics (University of Michigan Press, 2012) and is completing a book manuscript titled Reggaetón’s Queer Turn: Sexuality, Abstraction, and Contemporary Art in the Circum-Caribbean. He is also conducting fieldwork and archival research towards two other projects: Exhibiting Performance: Race, Museum Cultures, and the Live Event, which looks at the ways race has been collected and exhibited in North America and the Caribbean since the mid-1990s and Choreographing the Latina/o Post-Modern: Puerto Rican Moves in the New York Dance Avant-Garde, a cultural history of Puerto Rican participation in the New York City experimental dance scene since the 1980s.