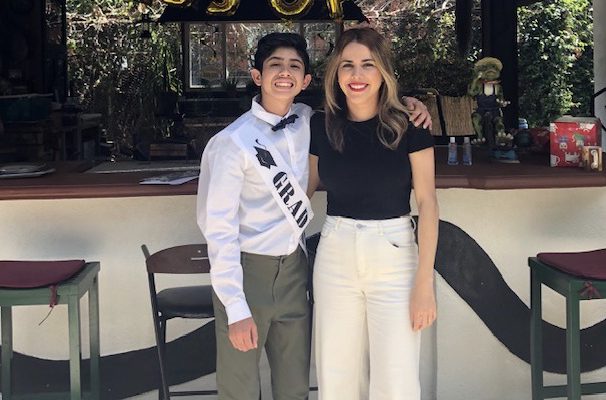 Colorblindness betrayed me on Tuesday, November 8th, 2016. To be fair, it did announce its arrival the night before. When Donald Trump was officially declared president elect, fear overcame me. I quietly entered the room where my son was sleeping and wept in silence, completely consumed by terror. I had what Spanish-speakers call, a corazonada – a hunch. It’s a sentiment lodged in your heart that you can’t dismiss. Corazonadas seep into your every organ and demand attention until you tend to them.

At 10 years-old my son violently confronted what it meant to be a Latino boy in current U.S. society. His brown-self became a target of abuse as this nation clung to its racist origins. Unable to forgive a black presidency, it re-emerged full force from hibernation and, in true character, endangered the lives of our Latino sons.

On Wednesday, November 9th, 2016 my corazonada dreadfully came to fruition. I picked up my son from elementary school, as I had done most afternoons and immediately detected that his demeanor strayed from his joyous and playful look. His big, beautiful brown eyes glistened as they revealed confusion, sadness, fear and anger. One of his best friends, whom I will call Simon, had punched him in the gut and called him, “stupid Mexican.” “Trump will return you to Mexico,” Simon assured my son. My son fearfully asked if we would have to return to Mexico. “Return…., what an interesting choice of word,” I thought. Will the pilgrims’ descendants be asked to return to England? Will the blond hair, blue-eyed undocumented immigrant be treated as a criminal, animal, murderer, invader, rapist, drug dealer and be forcefully… returned? Or will the Southwest be returned along with La Isla del Encanto?

Dr. Martin Luther King Jr.’s iconic quote, “I have a dream that my four little children will one day live in a nation where they will not be judged by the color of their skin, but by the content of their character” is embraced by many good parents. As a mother, I also believed that the embodiment of Reverend King’s words meant that race should not be discussed with children and that skin color should be rendered irrelevant. However, operating in a post-racial world is incongruent with our social reality. Concerned with raising my son “the right way,” I never talked to him about race or hinted at any aspect of it that might point him in the direction of racial differences. After all, we’re all the same, right? We’re all human. This highly seductive and overly idealistic philosophy is held by many well-intentioned parents in their efforts of raising their children “the right way.”

I allowed my son to speak uninterruptedly. I wanted him to vent but I also needed time to filter my anger and respond to him in a manner that was not vilifying his child aggressor. He hit my son and that angered me to the core but I also had to acknowledge that at the young age of ten, Simon had also been a victim. He had been victimized by a society so obsessed with whiteness that it impressed in him the idea that his brown friend was a threat and needed to be returned. The irony of white supremacy is that brownness is often perceived as powerful enough to be threatening but too weak to be on a par with whiteness.

The facts never matter. History is rendered obsolete and fearmongering is on the loose. My son is third-generation Mexican-American and Simon’s family is of Romanian heritage, a group that also suffers widespread discrimination within the European context.

My son had concocted what he thought would be the perfect remedy by vowing never to hang out with his non-Spanish-speaking classmates again. I chuckled because he is still developing his Spanish skills and I gently told him that this was not the solution. As parents, we concern ourselves with teaching our children about respect, obedience and peace but, as Rigoberta Menchú proclaimed, “la paz no es solamente la ausencia de la guerra.” Dr. King’s dream still stands vividly in my mind but not as a proclamation of colorblindness but as a call to action and color-consciousness. The ethnic-racial category that my son occupies in this country is an important dimension of his socialization and therefore, of my parenting. Obedience and discipline can contribute to peacemaking but resistance is also a powerful force in achieving true peace. As a mother of a Latino boy in Trump’s era, my mission is to instruct my son to resist ideologies and systems that give hierarchical value to human lives. I now understand that this cannot be achieved through blissful ignorance or intentional colorblindness. This society is plagued with historic and systemic discrimination against people who look like him. In my quest to protect my child, I have to empower him.

Spending a few months in Mexico at a summer camp allowed him to reconnect with his heritage, form relationships with Mexican children and develop a sense of ethnic pride. Visiting museums that highlight the contributions of marginalized communities and encouraging him to read books written by authors of diverse cultural backgrounds inculcates in him the value and beauty of diversity. Teaching him Spanish helps him nurture strong relationships with the whole family. Engaging him in critical thinking processes that help him challenge a biased educational system, arms him with knowledge and a sense of security. Esto es poder. Esto es resistencia.

As a mother of a brown child, opting out of racial conversations is a privilege that I do not possess. Silence is costly and blindness is useless. My son’s melanin and his abundant black hair immediately implicate him. The Trump effect invaded my home and the colorblind shield that I had elaborately designed, proved to be paper-thin.

Itzel Reyes is an Associate Professor of Spanish at Biola University in La Mirada, CA. She earned her B.A. from Cal State, Dominguez Hills in Spanish literature with minors in Sociology and Women’s Studies. She completed her M.A. and Ph.D. from the University of California, Irvine. Her research interests include Spanish horror, historical memory, literary and cinematic representations of violence and second language teaching and acquisition.

Image: Prof. Reyes and her son.