Latinx Talk is excited to announce the appointment of three new members to its Editorial Board. They are Xochitl Marsilli-Vargas (Emory University), Cecilia Márquez (Duke University), and Perla Guerrero (University of Maryland). 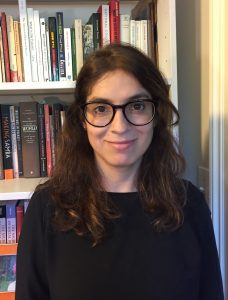 Xochitl Marsilli-Vargas is a cultural and linguistic anthropologist working primarily in Latin America and the Latinx diaspora in the United States. Attuned to ethnographic specificity and historical context, her research focuses on psychoanalysis, translation practices, the constitution and the circulation of mental health discourses, linguistic analysis, and the politics and practice of listening. These areas on inquiry have shaped the two major research projects that she has pursued so far. The first of these projects is a book manuscript entitled Genres of Listening: An Ethnography of Psychoanalysis in Buenos Aires, where she argues that just as there are many ways of speaking, there are many possible ways of listening. While there have been many studies that identify how linguistic practices create and transform contexts, the idea that listening has the potential of generating and sustaining social relations has not been similarly explored.

Her second project is based on ethnographic research conducted between United States Citizenship and Immigration Services (USCIS) officers and Spanish-speaking asylum seekers—unaccompanied minors that have entered the United States mostly from Central America. It explores various communicative events during the asylum interview, such as the presence of a virtual translator responsible for monitoring the semantic accuracy of the Spanish translation into English, the use of cellphones when minors need to corroborate information, the network used by the USCIS officer to write down the asylum seeker’s testimony, and her role as a translator. The main inquiry is to understand contemporary digital environments, to investigate communicative practices that use different languages and linguistic codes while simultaneously being connected with a range of media technologies. It also explores the epistemological implications of being a minor inside a highly structured institutional setting and being “spoken for” by different social actors. This research also helps to continue to expand the concept of genres of listening since, as told by a USCIS officer, inside immigration agencies, officers learn to “listen to lies” thus producing a particular framework of listening based on conceptualizations of what a “truthful” statement is inside this institutional setting.

The two projects follow, in different forms and through diverse concepts, actors and contexts, the main questions that constitute the core of my anthropological inquiry: the semiotic understanding of how language and listening shape communication, form social identities and group membership, organize large-scale beliefs and ideologies, and cultivate cultural representations of the social world. 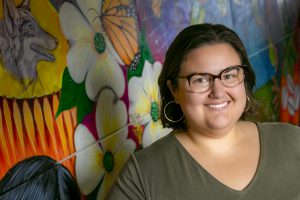 Cecilia Márquez is an Assistant Professor in History at Duke University. Her research is on the history of Latinx racial formations. Her manuscript-in-progress, The Strange Career of Juan Crow: Latino/a Racial Formations and the U.S. South, 1940-2010, traces the history of Latinxs during the demise of Jim Crow segregation. Her work helps historicize contemporary Latino/a migration to the U.S. South and emphasizes the importance of region in shaping Latinx identity. Her second book project is a history of Latinxs and far-right politics. Her work has received funding from the Andrew W. Mellon Foundation, Smithsonian National Museum of American History, the Woodrow Wilson Foundation, and American Council of Learned Societies.

Perla Guerrero is Associate Professor of American Studies and U.S. Latina/o Studies at the University of Maryland, College Park. Her research and teaching interests include relational race and ethnicity with a focus on Latinxs and Asian Americans, space and place, immigration, legality, and deportation, labor, U.S. history, and the U.S. South. She has received multiple awards including a Ford Postdoctoral Fellowship and two from the Smithsonian Institution to be a Postdoctoral Fellow at the National Museum of American History (NMAH).

Her first book, Nuevo South: Latinas/os, Asians, and the Remaking of Place, examines how racial cleansing and sundown towns made northwest Arkansas into a particular kind of place and analyzes the political and economic factors that are shifting social conditions and racial mores in the U.S. South. Nuevo South posits that to fully understand the racialization of Asians and Latinas/os we must also understand the history of place-specific ideologies that are at the center of more recent instantiations of racialized relationships. She’s currently working on her second book, Deportation’s Aftermath: Displacement and Making a Life in Exile, that explores what happens to different kinds of people after repatriation—those deported by the nation-state, those who are forced to return (meaning state and federal policies made life so difficult they were coerced into leaving), and those who chose to return to their birth country. Taking Mexico City and the state of Puebla as research sites, the book seeks to understand how U.S.-based inequality, criminalization, and stigma are reproduced in Mexico after repatriation.