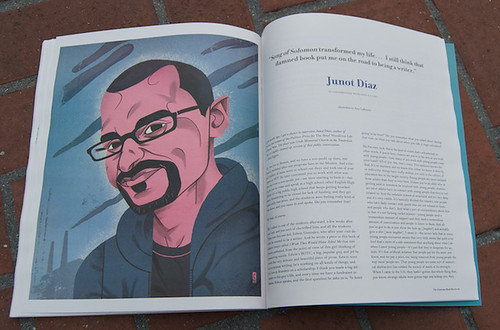 The publication of “The Silence: The Legacy of Childhood Trauma,” Junot Díaz’s confessional piece about being raped twice by a family friend when he was 8 years old (The New Yorker, 9 April 2018), sparked an intense critical response on social media more than three years before this special forum of Latinx Talk on “Queer and Trans Latinx.” Multiple women, many of them professional writers and academics, many of them women of color, reported directly experiencing Diaz’s own sexual misconduct over many years. Immediately after that, groups of scholars, many of them feminists established in the field of (or adjacent to) Latinx studies, offered competing analyses of the larger racial, national, and (neo-)colonial contexts of the controversy. Only recently has peer-reviewed feminist scholarly work addressing the matter started to appear, including Maia Gil’Adi’s “I think about you, X__: Re-Reading Junot Díaz after ‘The Silence,’” (Latino Studies, 2020) and Ruth McHugh-Dillon’s “Let Me Confess: Confession, Complicity, and #MeToo in Junot Díaz’s This is How You Lose Her and ‘The Silence: The Legacy of Childhood Trauma” (MELUS, 2021), both of which deepen the critical  response first sparked in April and May of 2018, and both making ample reference to all the online conversations under discussion here.

While both Gil’Adi and McHugh-Dillon cover the controversy in great detail as the public and media event it initially was, both also write from an explicitly literary studies disciplinary perspective that leads them to pose compelling questions: for McHugh, about the complex genre-performativity of the confessional essay when it’s deployed (like Díaz’s is) in part as an act of self-exoneration as much as anything else; and, for Gil’Adi, about the challenge to literary studies of forming canons based on some unstable alchemy of political and aesthetic criteria, especially as that canon formation plays out in course syllabi into the production of which instructors are taking student sensibilities and concerns increasingly into consideration. Gil’Adi’s article, in particular in the section entitled “To Díaz or Not to Díaz?”, also poses the larger question about what, if anything, to do with or about Díaz in the space of the kind of scholarly and critical study that makes itself visible via publication in academic journals and books.

As both essays suggest, Latinx literary studies, on the one hand, has had to experience a significant recalibration of its object(s) of study in the wake of the Díaz controversy in a manner that Gil’Adi has articulated thus: “I highlight the difficult questions a case like Díaz’s raises . . . , asking scholars in the field to reconceive his centrality in the canon, and the complete trust placed on Díaz’s interpretation of his own work by Latinx literature scholars, and even to reconceive decolonial aesthetics”(Gil’Adi, 508).  Critical gender and queer literary studies, on the other, may have little concern with anything like a “centrality” of Díaz’s work in their “canon(s),” even if his treatments of gender and sexuality have at times appeared in studies firmly located in those fields, if partly because, especially in the last decade, queer and gender literary studies projects interested in latinidad has been quite busy with a growing body of work by writers as compelling as Carmen Maria Machado, Manuel Muñoz, Carolina de Robertis, and Justin Torres (among many others).

Given, however, that Díaz’s confession itself specifies that the person who assaulted him was male, this present discussion takes the occasion of this special forum to imagine what might come from further interrogation into the same-sex dynamic of the sexual violence Díaz reports suffering, an interrogation that would by no means equate or identify any “same-sex” acts of non-consensual sexual violation with queerness, and instead explore the more broadly sexual dimension of that violence, a dimension that may or may not align itself neatly with the violent dynamics of heteropatriarchy’s oppression of all the people that it harms.

As Gil’Adi and McHugh-Dillon both observe, Díaz himself centers the question of masculinity in “The Silence,” stating:

It fucked up my whole life. More than being Dominican, more than being an immigrant, more, even than being of African descent, my rape defined me . . . I was confused about why I didn’t fight, why I had an erection while I was being raped, what I did to deserve it . . . ‘Real’ Dominican men, after all, aren’t raped. And if I wasn’t a ‘real’ Dominican man, I wasn’t anything. The rape excluded me from manhood, from love, from everything.

Trans and gender theory could certainly tell us a great deal more about the anxious, noxious (de-)ontological alignment of ‘realness’ and masculinity, of ‘realness’ and cis-gender expression more generally, that this passage exhibits, while the passage also clearly invites critical interrogation of its uneasy alignments of gender with race, migration, class, and nation.

McHugh-Dillon’s essay provides some helpful guidance on this question when she argues:

Critical feminist readings of Díaz’s work . . . probe the issue of sexism because they want to know what it offers that is new, beyond representation or witnessing: what it subverts. In the twenty-first century, . . . discourses on gender have continued to shift. Contemporary feminist critiques therefore ask for more: not only that Díaz’s texts acknowledge the difficulty men have in imagining women as fully human but also that the texts themselves imagine women as fully human . . . that women’s humanity is not sidelined, once again, in the pursuit of understanding male subjectivity, even—and perhaps especially—when the intention is to interrogate masculinity. (39)

Her reasoning here clarifies what a rationale for a continued critical engagement of Díaz and his work might look like, without reference to questions of revival, rehabilitation, or redemption, of either Díaz’s career or of any given traditional mode of literary study. Instead, such a rationale might use the occasion of the former to interrogate what else might still come from the latter, and in ways that a confluence of fields of practice like Latinx, feminist, and queer studies, especially in the third decade of the twenty-first century, might be uniquely positioned to pose to a discipline as newly under reassessment as literary studies.

While McHugh-Dillon’s and Gil’Adi’s essays by their very existence may answer Gil’Adi’s question of whether there might be any life for “Díaz studies” after the controversy, they leave open the question of what the controversy might have done to the status of all the scholarly and critical work, much of it laudatory, published about Díaz before 2018. Among that mass of critical work occasional attempts did of course occur to make sense of the one most explicit scene of same-sex contact that Díaz ever attempted to imagine into his fiction, the one between the unnamed narrator of the story “Drown” (often assumed to be Yunior) and his friend Beto, including this telling discussion by David Colón from 2015:

At a dramatic pivot in the story, he admits that he had sexual relations with Beto: “Twice. That’s it.” (Díaz, Drown, 103). The details of the encounter are sparse, shrouded in machista shame, and effectively presented as moments of weakness when he was starved of unconditional fatherly, and brotherly, love. Yunior himself cannot offer much of an explanation as to why he accepted Beto’s advances, even if the author Díaz effectively employs foreshadowing. When Yunior was molested on the bus in “Ysrael,” it was a disgrace he would not divulge to [his brother] Rafa, his confidante and guardian, but in “Drown,” Yunior divulges his affair with Beto to the reader, an affair that can be equally construed as abuse” (Colón, 142).

Anyone reading just the “Drown” story after “The Silence” will be struck by the uncanny confessional force of the “Twice. That’s it.” pivot in Díaz’s narrative, a force which only emerged into the explicit register of the writer’s own biographical narrative two decades later with the 2018 New Yorker piece. Yet, while the 2018 piece thus changes how any subsequent reading of “Drown” might proceed to interpret the elements under discussion here, the present discussion does not suggest that one text should ever be read in lieu of the other. Credit Colón then for focusing on these qualities of Díaz’s treatment of these moments in his early fiction, even if, read from a certain slant, his analyses can ring as potentially phobic if also remarkably prescient.

Reading Colón alongside McHugh-Dillon and Gil-Adi does, however, open up an additional set of questions that expand beyond any explicit aspect of queer Latinx diasporic expression and the kinds of political and cultural analysis that such expressions might provoke, primarily questions regarding the uneven, discontinuous, and eruptive genealogical temporalities of both creative and critical work, not all of it necessarily organized exclusively around literary practice, but where that space of action might serve as a telling touchstone for a number of its cognate forms of artistic expression, representation, and analysis. One way to restate this question of eruptive genealogical temporality with specific reference to the Díaz matter has to do precisely with what might happen to the force of the critical and scholarly work on Díaz that appeared pre-2018 as inevitably, from now on, a function of the controversy, but also, as we have already considered, what, if anything, is possible, both desirable and validly worth pursuing, of new work studying him following 2018? This question also encompasses work that was ongoing but unpublished before the controversy, and that might have been scrapped, or so revised, changed, corrected that it no longer resembles any such project in its former state. An important example of such a project is Yomaira Figueroa-Vásquez’s Decolonizing Diasporas: Radical Mappings of Afro-Atlantic Literature (Northwestern University Press, 2020), which does address the controversy in the course if its longer engagement of Díaz. These questions might admittedly also accrue distinctly to relatively younger fields, those whose canons or archives of objects of study might be quite fluid and always under critical reassessment due precisely to their relative newness in the world.

Returning again to those scenes of “homoerotic” contact in the “Drown” story that Colón read in 2015, can we imagine an alternative practice of close reading that both questions the very proposal that critical attention automatically confers or supports canonization, and embraces the challenge to look for complexities across and beyond gender(s) in even the most “same-sex” of scenes, spaces, and structures? “Twice. That’s it.” is indeed how Díaz has his narrator commence the account of his encounters with Beto (Díaz, Junot. Drown. New York: Riverhead Books, 1996). Both times Beto initiates contact, though the narrator can only claim to be surprised the first time, which occurs as they watch a “porn video” together at Beto’s house: “he reached into my shorts. What the fuck are you doing? I asked, but he didn’t stop. His hand was dry. I kept my eyes on the television, too scared to watch. I came right away, smearing the plastic sofa covers” (104). In the later encounter, which occurs the following night, Yunior knows what to expect, but again he merely acquiesces to Beto’s initiative; the little he tells us is that “I didn’t respond,” the sex concludes once “I was done” (105) and, after a brief moment of intimate repose, they’re both startled by a noise, and as Beto “jumped up,” the narrator tells us, “I nearly cut my dick off struggling with my shorts” (106).

Ricardo Ortiz is Professor of US Latinx Literatures and Cultures in Georgetown University’s Department of English; he served as Department Chair from 2015 to 2021 and as Director of Graduate Studies in English from July 2008 to July 2014. In addition to U.S. Latinx Literatures and Cultures, Prof. Ortiz also specializes in hemispheric, transnational Americas Studies, critical and cultural theory, cultural studies, intellectual history, race, gender, and queer theory, political theory, and popular culture.