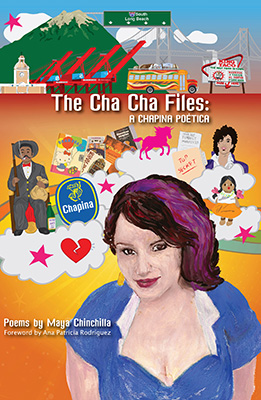 Maya Chinchilla’s poem, “What It’s Like to Be a Central American Unicorn for Those Who Aren’t,” offers an astute provocation for the field of Central American Studies: “I am a mythical creature.”[1] By declaring her existence as a mythical creature, the speaker in Chinchilla’s poem troubles the imaginary fields through which identities are claimed, lived, and theorized. Her poem depicts Central Americans unicorns—who live on the edges of the hyphen—as characterized by their ability to be seen and unseen, heard and unheard. She offers examples of common (mis)recognitions that Central Americans face in their everyday lives, such as only being recognized “if at all/in relation to war, trauma, maras, revolutions,/earthquakes, canals and volcanos.”[2] Or in less formal terms, in relation to pupusas or baleadas. Frustrated with the affective experience of (mis)recognition, the speaker refuses to entertain these shallow/vapid acknowledgements of difference through an engagement with the silences, gaps, and absences of dominant national imaginaries. Maya Chinchilla’s imagination has long invigorated Central American Studies, as evident in her poetic excavation of “Central American-American” as a relational mode of identity, along with her co-editorial work for the visionary anthology Desde el Epicentro (2007).[3] My analysis of the poem, “What it’s Like to Be a Central American Unicorn…”, weaves the personal and the political as a reading practice from which to approach Chinchilla’s poetic imagination.

I ruminate on this sometimes playful, sometimes painful poem because it offers what I call a queer diasporic sensibility: the feeling or sensation that the nation is not enough, an act of perception, and an understanding of “what it’s like” to feel so exiled by the nation that the only recourse for subjectivity is the magical and the fantastical. I read Chinchilla’s poetry from a place of gratitude and curiosity about the meaning her words invoke, which is inflected by my experiences as a queer Salvi seeking a sense of belonging—even if fleeting, even if only experienced when reading between the lines. I often experience shame for not feeling Central American enough, which is further demarcated by the fact that while I spent most of my childhood in El Salvador, the “voseo” feels foreign to my tongue and I have lost my accent (language struggles that the poem relatedly voices). Admittedly, I come to Chinchilla’s poem from a place of loss, so it matters to me that her poem paves “a trail of glitter…so that other magical creatures may find me.”[4] I consider queer diasporic sensibilities as a way to identify subject positions that dominant national imaginaries refuse to believe in. Significantly, the queer diasporic body pokes holes at the fantasy of national belonging, resulting in the nation’s willful (mis)recognition of these subject positions. Building on queer diaspora studies, I ask: What are the possibilities of creating an imaginary/poetic site of identification that is not rooted in the nation? How can diasporic subjects resist the fantasy of “return” to the nation? And what happens when queer Central Americans leave “trails of glitter” in their path?

For queer Central Americans, (mis)recognition puts the racialized body, in all of its fabulous genders and sexualities, at stake. When discussing the unicorn, Chinchilla powerfully observes,

The Unicorn is that feeling of recognition that is illusive if you are not reflected in the media and culture as a full and complex human being.  If your eye is tuned to it, you can see it despite the non-believers. Seeing someone who is similar to you, and who just gets it, it is the sweetest feeling because the heaviness and loneliness lifts in that moment.[5]

Her words capture the (im)possibilities of existence for subjects like myself who feel like mythical creatures. Chinchilla’s poem about glitter and unicorns offers a radiant site from which queer Central Americans are not only recognized, but their bodies shimmer with possibility and re-imagine dominant national imaginaries that attempt to erase their subjectivity. Most importantly, her poem offers perceptive skills from which Central American unicorns may be recognized amongst their kin, “[i]f your eye is tuned to it.”[6] Due to the limiting frameworks of the nation, where discourses of Latinidad often homogenize experiences, Chinchilla turns to the magical and the mythical over the national.

Indeed, Chinchilla’s poem creates an alternative imaginary homeland that resists the fantasy of nation-bound identities. This imaginary space provides a home for diasporic subjects who understand “what it’s like” to exist in spaces of (mis)recognition, those spaces in which “I am usually the only one of my kind.”[7] Personally, Chinchilla’s poem has allowed me to imagine worlds where glitter and unicorns abound. In these worlds, I do not feel shame for being Salvadoran with a Mexican accent because living in the diaspora means questioning authenticity. These worlds allow me to claim centromaricón as an identity in reverie of Horacio Roque Ramírez, whose scholarship on sexile reckons with what it means for queer migrants to instill a sense of community and belonging after transnational displacement.[8] In Chinchilla’s glittery worlds, I find myself at home.

While the poem does not exclusively highlight the experiences of queer Central Americans, it refuses to paint a romantic image of national imaginaries; thus, the poem illustrates a queer diasporic sensibility that remains cognizant of violence while attending to seemingly “forgotten” histories. Gayatri Gopinath writes that, “Queer diasporic cultural forms and practices point to submerged histories of racist and colonialist violence that continue to resonate in the present and make themselves felt through bodily desire.”[9] As a form of counter cultural memory, the speaker critiques the ways in which indigenous and black communities are constructed as mysteriously “disappeared” from the national imaginary.[10] This disappearance is what Gopinath calls a deliberate forgetting.[11] The poem names Garifuna, Lenca, Pipil, and Mayan populations, amongst many, as existing in the present, not in a mysterious past. It recognizes the transnational economies of domestic labor, in which a Guatemalan maid cares for “your children so you don’t have to.”[12] The speaker observes that the maid “has her own story to tell,” and in doing so, she addresses the representational limits in which the maid is assumed to have no story.[13] The speaker models a queer diasporic sensibility that is attuned to what goes unspoken and (mis)recognized. Instead of yearning for wholeness or a unified sense of identity through national belonging, the poem speaks of a forbidden desire to reckon with “the loss,/the silence, the erased lines/the gaps in historical memory/the opportunity for reconciliation/to make amends?”[14] The question mark at the end of this line signals the impossible task of making amends because the speaker refuses to place hope in national imaginaries. Rather than continue falling for the broken promises of the nation, the poem elucidates a queer diasporic desire for people to tell their stories on their own terms. The poem rejects national imaginaries through the act of perception, registering a non-normative queer critique that identifies hegemonic relations of power.

The critique of national imaginaries extends to the relationship between diasporic subjects and nation-centric narratives of “return.” Poking fun at the “silent wars” between family members, which include religious differences or soccer team preferences between “cremas v. rojas,” the speaker observes:

disjointed conversations of over here from over there and

over there from over here

and I can’t go back over there in the same way anymore.

over there doesn’t exist anymore.[15]

The speaker accepts that returning “home” is impossible because the lines between over here and over there are forever disjointed, just like her family’s conversations. When people ask me if I will ever return to El Salvador, a question that assumes a desire to “return” home, I usually answer that I do not know, and if I do, I will likely feel like a tourist because the nation is not my home anymore (if it ever was at all…). My reasoning is that as a queer diasporic subject, I understand that loss shapes my sense of self (the loss of my accent, the loss of my connection to the land, and the loss of my identity through the hyphen). “Return” necessarily poses a problem because “over there doesn’t exist anymore.”[16] I connect my experiences with those of the speaker in the poem as a moment of reflection—a reflection that lingers with the perceptive qualities and sensibilities of queer diaspora. If, as Gopinath argues, “queerness is to heterosexuality as diaspora is to the nation,” then queer diasporic sensibilities are not just about finding one another, they are also about reading the silences, violences, gaps, and limits of national imaginaries.[17] These sensibilities call upon subjects to give up on the promise of belonging to the nation. After all, the nation’s unifying rubrics come at the expense of those whom the nation deliberately chooses to forget.

Queer diasporic sensibilities invite us to create a sense of self in relation to exiled, displaced, erased, and forgotten subjects. At the end of the poem, the speaker offers a recipe for meeting other magical creatures:

Mix in grains of sand from an imaginary homeland,

leave a trail of glitter that smells of copal, banana leaves, wood burning

so that other magical creatures may find me.[18]

There is an ephemeral quality to the trail of glitter that the speaker leaves behind, which is sparkly and leaves a familiar scent of copal, banana leaves, and wood burning on the stove. These “grains of sand” are the remains of an imaginary homeland, which serve as evidence for the existence of Central American unicorns. José Esteban Muñoz proposes that ephemera “grants entrance and access to those who have been locked out of official histories, and for that matter, ‘material reality.’”[19] The trail of glitter, the ephemera of an imagined homeland, serves the purpose of more than visibility. It is about creating a rupture within the national imaginary, allowing for counter cultural memories to be spoken and read, and for mystical creatures like unicorns to exist in their own magical ways.

By analyzing Chinchilla’s poem, I shine light on the importance of thinking critically about nation-centric forms of identification. This short piece attends to the some of the major contributions that Chinchilla makes within the field of Central American Studies, particularly her poetic imagination of a queer diasporic sensibility that chronicles subject positions that are otherwise rendered impossible in dominant national imaginaries. Her fierce femme poetics, words, and imaginaries teach Central American unicorns like myself that we do, indeed, exist—and beautifully so.

May these words leave another trail of glitter in their path.

Ruben Zecena is an assistant professor of English at Texas State University. His work appears or is forthcoming in WSQ: Women’s Studies Quarterly; Constellations: A Cultural Rhetorics Publishing Space; Diálogo, an Interdisciplinary Studies Journal; Studies in Spanish & Latin American Cinemas; amongst others. He is currently working on a monograph tentatively titled, Impossible Possibilities: The Unruly Imaginaries of Queer and Trans Migrants, that analyzes the cultural productions of LGBTQ migrants in the U.S. as important transgressions of nation-state frameworks.