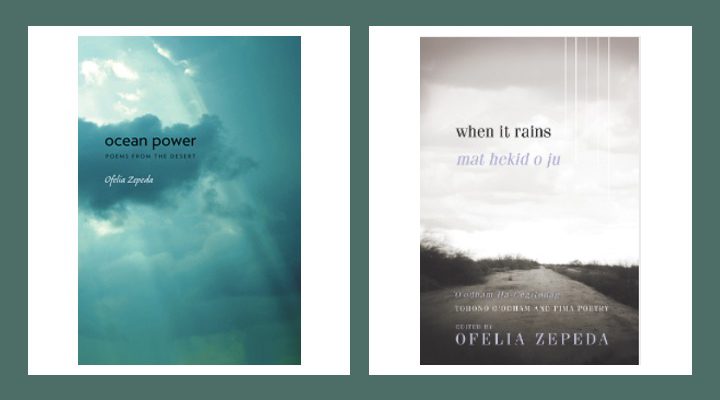 I remember sitting in a Caribbean Literature course in college and hearing an anecdote about Aimé Césaire. The story went that while in school in Martinique, Césaire bristled in annoyance as he continued to read about Paris and snow. Césaire hadn’t yet seen snow, nor been to Paris. From this experience it became important to him to represent the (natural) life of his island home. Upon hearing this story, I thought of my own upbringing in Tucson, Arizona, reading about the Iditarod and Balto in second grade, before I too had seen snow. I thought of how the Sonoran Desert had shaped my whole childhood and adolescence, and how most of my peers at my Pacific Northwest college knew nothing of giant purple mountains, life marked by monsoons, Gila monsters, and javelinas. I resolved myself to find and read this desert literature, literature that would portray the fullness of desert life. And so began my exploration into the ways in which our geographies of home, and our proximities to these homes, shape the stories we can and do tell.

I heard something full in the poetry of Ofelia Zepeda and her fellow Tohono O’odham and Pima writers. Ofelia Zepeda is a Tohono O’odham poet and scholar. Her books, Ocean Power: Poems from the Desert (1995) and When it Rains, Papago and Pima Poetry = Mat hiked o ju, ‘O’odham Na-cegitodag (1982) imagine and demonstrate what a poetics of (life in the) Sonoran Desert could be. The geographies sounded out in these poems differ from the other literature I’d read on the region. They are geographies of home marked by migration, rather than geographies of migration that mark, and are marked, by home. The poems are often brief, reveling in moments and sensory experience, conveying an immediacy of place to their readers. The experiences conveyed are heteroglossic, a spectrum from the quotidian to the mythic, privileging neither side. Most of all though, the poems are invested in a wide array of desert life, be it trees, cacti, dust, mountains, reptiles, music, or people, their families, and their stories. For example, the poem “S-ke:k ’O’odham Ha-jewed.ga”[1] or “The Desert”[*] by Jeanette Chico:

Chico uses repetition to reinforce the symbiosis and simultaneity of this desert ecology. The poem conveys a geography constituted by its birds, trees, saguaros, animals, and speaker.

For the people of the O’odham and Pima nations, the U.S.-Mexico border crossed them with the Gadsden Purchase of 1853, which erected the U.S.-Mexico border in the middle of their lands. Today, this border divides the O’odham nation into a U.S. side and a Mexico side, making migration an everyday fact of life. This particular stretch of the border, in what is commonly called Southern Arizona, has become a focal point for immigration discourse. Due to the implementation of the 1994 policy “Prevention Through Deterrence,” migrants have been funneled away from major crossing points like El Paso to the more difficult and often deadly terrain of Southern Arizona. The idea being, that if border crossing becomes too difficult, too deadly, migration rates will decrease and if migration becomes too deadly, it can be blamed on the desert and disappeared by its animals and climate[2].

Zepeda and her fellow poets offer a refreshingly honest portrayal of the desert. Commonplace is the characterization of the Sonoran Desert as deadly, hostile, and violent. This portrayal has become central to much of the literature on the U.S.-Mexico border. Naming this aspect of the desert has been key to writers seeking to portray the grit of migrants and it has been key to scholars seeking to unmask the violent neglect done by the U.S. Government. While naming these dynamics has proved illustrative, it is also limiting, muting the desert to a single narrative. In many ways, this characterization serves to render the desert as naturally inhospitable and vacant, waiting to be tamed, a tired and old narrative, historically trotted out in service to the larger narrative of westward expansion. Ocean Power and When It Rains attest to the vibrancy of desert life:

Little hairpins, plastic combs all placed at intervals around her hair.

They glisten, sparkle, throwing light all around her,

In these poems, the desert, its people, and their language are met with a givenness of intimacy and respect that is due when describing one’s home. Even in the minutia, Zepeda attends to the mirroring between glass on asphalt and hairpins in hair, created by an overbearing Sonoran sun. It is this givenness and this vibrancy that support the poems in their range of subjects.

Moreover, The O’odham language is a key aspect of Zepeda’s work. Her poems are often bilingual, seeking to contribute to a small but growing corpus of written O’odham. In When It Rains, which Zepeda also edited, she writes alongside a multigenerational cohort of O’odham and Pima poets, brought together by the Native American Language Institute in 1980. All the poems are presented side by side in their original O’odham and their English translations. The primacy of O’odham in this edited volume is palpable, the reader hears the verses inflected by their translations, in their timings and their syntax. These poems offer windows, beautiful views, evoking a greater whole of the desert that is familiar to the O’odham and Pima people.

When It Rains and Ocean Power offer counterpoints to commonplace ideas in migration literature today. These poems illustrate the vast possibilities of the desert and its poetics when one starts with the desert as home. I think though, that for these texts, the work of correcting these false narratives is ancillary. By this I mean that the poetics and the stories in these texts are primarily given in the service of contributing to the narrative of the people of the Tohono O’odham and Pima nations, as opposed to merely reacting to and correcting settler narratives. In this way then, these writers seek to build their own (counter)narratives, rather than seeking to reform previous ones. This functions manifoldly, as the geographies in these (counter)narratives nurture a full desert life that is always already inhospitable to settler narratives of Manifest Destiny. When It Rains and Ocean Power are highly enjoyable and recommended.

[2] Nevins, Joseph. Operation Gatekeeper and Beyond : the War on “Illegals” and the Remaking of the U.S.-Mexico Boundary. 2nd ed. New York: Routledge, 2010. Print; De León, Jason, and Michael Wells. The Land of Open Graves : Living and Dying on the Migrant Trail. Oakland, California: University of California Press, 2015. Print.